Have you ever spent time looking at the images gathered from the Hubble Telescope? I have to admit, I am a bit of a nerd for the Hubble website. One day after spending some time ogling some star pictures I thought I would attempt to capture the effect as best I could in knit form. With the aid of a recent sparkly pen buying binge at Kinokuniya I worked out this pattern back in November. It was then put on hold while Christmas was made. Finally, with Christmas finished, box sets of Vicar of Dibley to be watched, and an extra week off thanks to cancelled flights, I was able to knit this up from the comfort of my parents house. 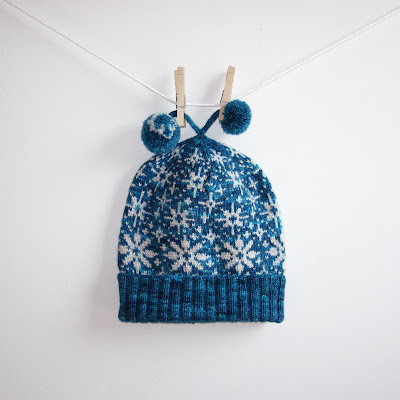 I have a big head so even though the pattern calls for sport weight I went with some DK Madelintosh knit on smaller needles. The colorway is called Baltic and I am not sure there could be a prettier teal/blue yarn. This one is just stunning. It is matched with a newer Karabella Yarn, Super Platinum that has a metallic sheen. The Super Platinum is held double. This example was knit by working each chart once. It makes a shorter hat with just a slight slouch. This is my absolute favorite hat shape. I would not be surprised if I end up making a dozen more patterns in exactly this shape simply because I like wearing them. 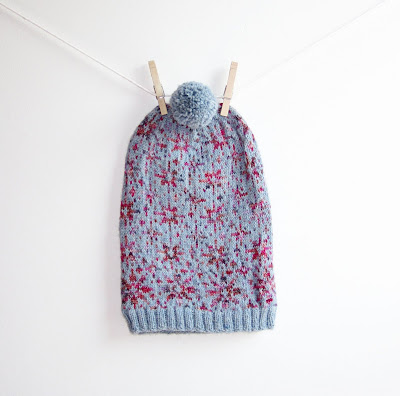 This example was knit using Classic Alpaca from Alpaca Yarn Co. in a light blue/grey and some gorgeous Ella Rae Lace Merino held double in colorway 101, a great pink, violet, black, peach skein. This hat was made working the middle chart (Chart B) 3 times to make it nice and long like a stockingcap. 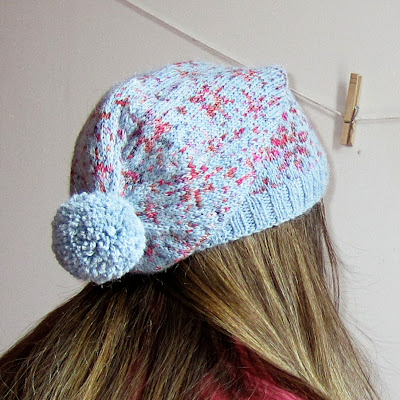 To purchase the pattern, you can do so through Ravelry or by clicking here:

This pattern is easily adjustable by changing yarns, adding or deleting chart repeats around, or adding chart repeats to the length. I am toying with the idea of making on of those great long stocking caps that are both hat and scarf in one but repeating Chart B until the hat is nice and long. Feel free to play and adjust the pattern to fit your needs.
Posted by Wonderfallz at 7:59 AM

A gorgeous pattern! Love your examples.