What happens when a girl spends some time cruising around the foreign TV sections of Netflix and Hulu looking for Scandinavian crime dramas (because I heard that's what British people like) but stumbles onto some Korean TV instead?  A full blown, all consuming obsession of course.  It didn't even start small.  One day I was watching a bunch of British stuff, the next day (and everyday thereafter) it was nothing but Korean: Korean TV, Korean star tumblr searches, Korean news.  I thoroughly confused my friends and family with my wild change of interest.  I was suddenly unable to participate in water cooler conversations.  Now, 4 months since watching the first, countless shows have been watched, Level 1 of Talk To Me In Korean has been learned, and I have 1 new hat pattern designed.  Luckily subtitles were only a hinderance to knitting for the first 10 hours, after that you pick up on enough to fill in the gaps when you need to look down at your knitting. 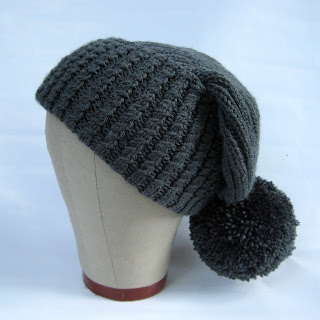 *The name is a hint to the drama that inspired it.  Some of the KDrama Addicts Ravelry group members already know (shhhh).  If you can figure out what drama I am referring too by the name or the picture alone, then we should be friends. We can knit on the beach and talk about why I can't stop following JGK/JKS even though I find him kind of weird. 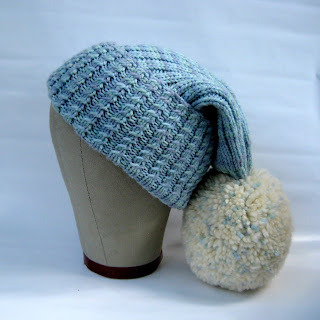 This hat is an easy one compared to my normal colorwork.  I have slammed out 3 in the past month even while working on other projects (Baktiari cowl!)  The hat is mostly ribbed knitting in the round.  The two tricky aspects are the purled cable stitches on the portion of hat that gets folded out to make the oversized brim and making the giant pom pom. 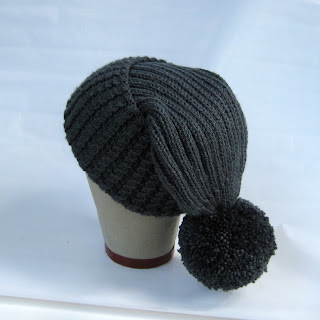 The pattern includes a template to make the giant pom pom but the instructions can be found in my flickr account.  Flickr has revamped their format so make sure to click on the pictures to get the written instructions that accompany each picture.

Luckily this hat is relatively normal compared to my last foray into fan knitting, the Cylon hat.  You don't have to be a crazy KDrama fan to want a big cozy hat with a giant pom pom.
Posted by Wonderfallz at 8:59 AM

Hi! I recently watched a couple of really awesome Scandinavian crime dramas while I was visiting Sweden.

* Annika Bengtzon: Crime Reporter. These are based on a series of novels by Liza Marklund. Each episode is about an hour and a half long. It was very well done!

* Brun/The Bridge: It starts with a murder on the Oresund Bridge between Sweden (Malmö) and Denmark (Copenhagen). Detectives from both city work together to solve the case. I really enjoyed this series!